I literally ❤️ Total Girl!!! - Lulu Hi TG love you mags ☺️ I hope I can be in on some day love Em💞🐎 - Em Hey y’all - Betty Total girl is cool 😎 ❤️🧡💛💚💙💜🖤🤍🤎❣️💕💞💓💗💖💘💝 - Betty I Love this website and it’s so cool giving people a chance to win things I would love to win this prize the smart watch Zoe - Zoe TG is amaz blogs!👍👍👍👍👍👍 - Manon shout out to my friend taya who just turned 10! -milan - Milan Magggggggggggssssssss - Evie shout out to Aunty Leah for buying me a total girl subscription! I reeeeeaaaaaaallllllyyyyyyy love reading them! - addison Hi Total Girl!!! I love reading your mag it is quick and easy to take on the go. I love reading with my friends!!! - Emily

Behind one of the biggest BTS fan groups in Australia!

We chat with Barbara, who helps run the BTS Australia (Official Australian A.R.M.Y Group) that has over 13K members online!
Bek Manibog

Imagine loving a boyband soooo much, you help run a fan group without over 13k members! We spoke to Barbara who helps run the BTS Australia fan page. She spills what it's like being a super, mega fan!  🤩  🥳

Hi Barbara! How does it feel to see so many BTS fans come together from all ages and all around Australia?
To say it’s amazing is an understatement. I am in awe of how our members and ARMY in general from all walks of life, engage and bond over our passion for BTS. We transcend age, gender, nationality, backgrounds -- basically all forms of stereotypes and we just become our true selves. 😊 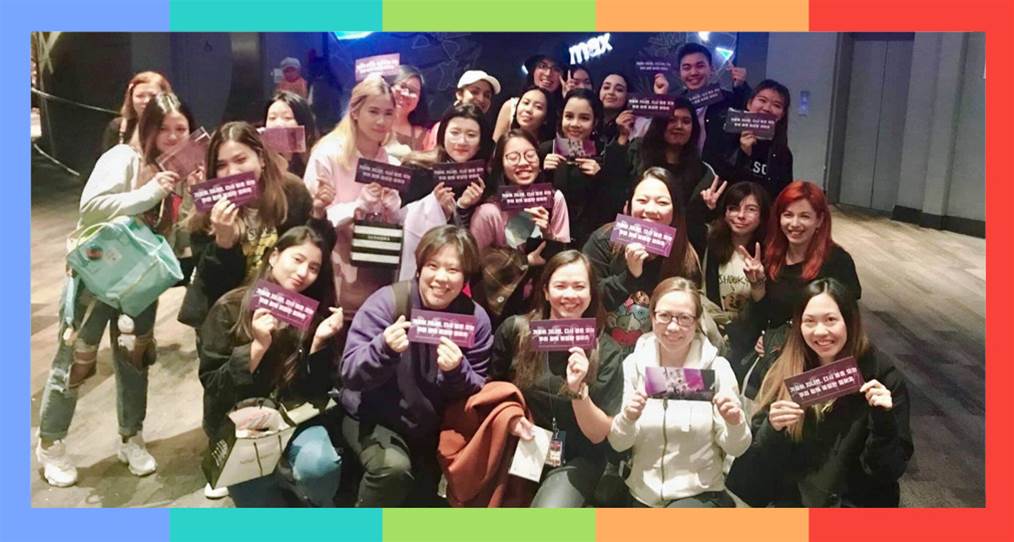 Who’s your BTS bias and why?
My bias is Seokjin (a.k.a Jin). He’s been the first member who caught my eye and I find his humour quite endearing but also the fact that he balances that well with his position as the oldest member of the group. He takes care of them as their Hyung (means older brother) but he also knows how to play with them like one of the Maknaes (the youngest/younger person of the group). Not to mention that he has killer vocals.  🤗

I do have to say this though, I didn’t really have a bias wrecker before, but after seeing them live in concert for the first time, I am convinced that j-hope is one of the most beautiful men on the planet. The fact that he commands his performances with so much confidence, flair and presence, he belongs to the stage. So in saying that, I have realised over the years that both of them are now my bias, Jin and j-hope, which makes me a 2Seok Stan. :)

What’s your favourite BTS song of all time and why?
This is always a hard question haha. 'Boy In Luv.' One of their older songs, released in 2014 and it’s actually my top favourite. I saw them perform it live last 2019 at the Melon Music Awards and it was a dream come true.  🌟 ✨

As a BTS fan, you must collect some cool BTS merchandise/memorabilia! What’s the coolest BTS thing you own?
It would have to be my concert slogans, to commemorate each time I saw them live.

From all the posts that get shared, what amazes you the most about BTS ARMY?
The love within this fandom. Most of us don’t know each other personally or have never met but the support and camaraderie that overflows in the group is wonderful. We try to replicate the message that the boys stand for, I've seen and experienced how friendships are formed and it’s heartwarming to know.

Also, I’ve seen how passionate Australian ARMY are when it comes to supporting the boys. The fact that we managed to get #1s for a South Korean group in Australian music charts, that’s not an easy feat. Our combined efforts to stream and purchase BTS music, it’s just beyond remarkable. 💜

For more, pick up a copy of the May issue of Total Girl, out now!

Hi. I am a new fan but it was love at first sight of BTS. I fell in love with the music the dancing the guys. It’s only being about 8 months but I want to join Army How do I do this. I am one of the much older fans. My dream is to one day visit South Korea and see them live.

I love being part of BTS ARMY! It is an awesome fandom! Very welcoming and happy! BTS always makes me smile! Jin is super cool and he is my absolute FAVOURITE comedian. He never fails to make me laugh! NEVER! (sooo lucky to see a performance 😲) luv BTS forever!! 💜

Who is your BTS bias?