hi I love your magazines can you please make them with moji squishes - Charlotte Hi TG, Pls put more Tay Tay in your mag I💖 her and ur mags!!!-Bella - Bella uwu - zoe Hi Total Girl! Ive been getting your magazines since I was 6 (I'm 12 now!) Keep making your mags. We all love them! ; ) - Lily Shoutout to my sister lexie who loves tg! - Lexie This is a shout out for total girl the best magazine maker -Elisabeth - Elisabeth Dear TG I love your mags so much. Big shout out to my besties liv and miranda!!! - Paris ◉‿◉ʘ‿ʘ◉‿◉◉‿◉◉‿◉༼ つ ◕‿◕ ༽つ༼ つ ◕‿◕ ༽つ - Beanie I'm might be Aladdin in Aladdin JR wish me luck😁😁😁😁😁🤞🤞🤞🤞🤞🤞 - Beanie a big shout out to my sister millie for always being there for me when i need her and that she and i always do netbal together and get along great but not so much with mt other two siters there soooo anoying and i love toatal girl so much and love the new socks - Lexie Claire was lucky enough to go to the Star Wars: The Force Awakens premiere! She tells you all about BB-8, Kylo Ren and the awesome new character Rey!
Claire TotalGirl 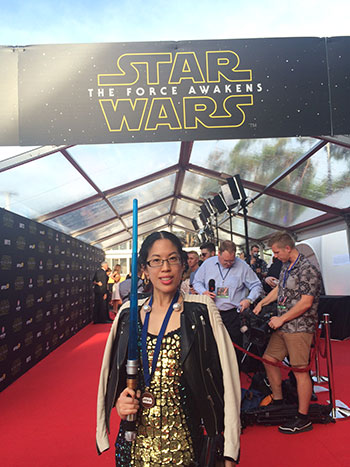 Because, OMTG, is this movie EPIC! I should say early on it has an M rating, which means it’s only suitable for older TGs.

I went to the premiere with TG’s Erin, who makes the very website you are looking at right now. First thing we saw? A Stormtrooper DJ! Coolest! 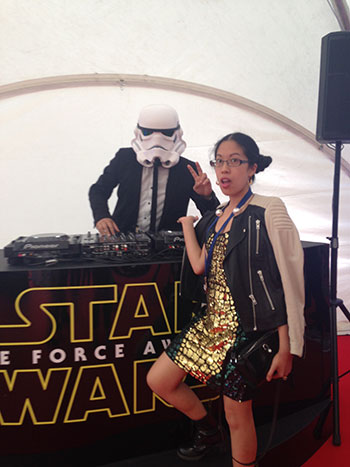 By the way, when I saw him without his helmet, he was a bit of a sweaty mess. Being a Stormtrooper is hard.

We also saw amazing models from the movie, like srsly bad dude Kylo Ren and yep, another Stormtrooper. This little guy is BB-8 the droid and what a cutie he is! In the movie, it’s amazing how expressive he is – he can be happy, sad, funny and all sorts of other feels too. 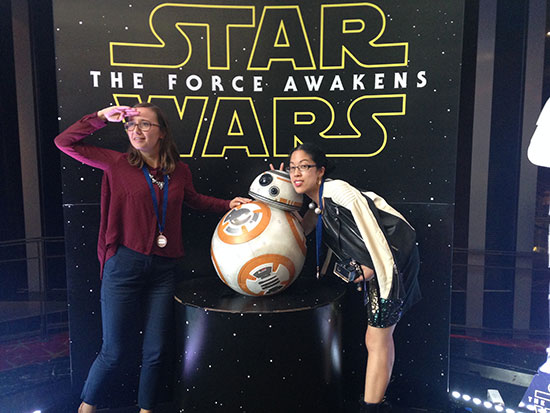 Here I am with Erin again and I’ve got my Google Cardboard, the Kylo Ren version (coz I think the Dark Side is cool). I guess it’s a kind of box you put on your face and you see the world like you’re in a video game! It works through your phone and an app. 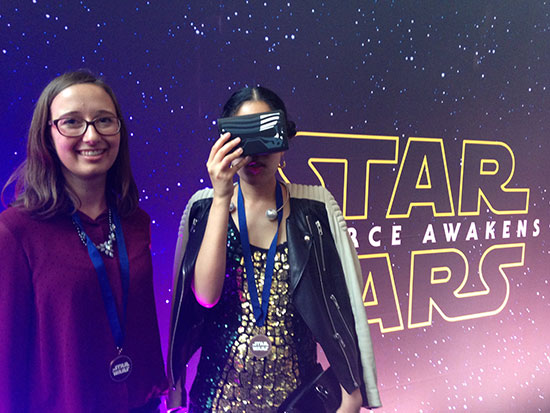 BUT WHAT ABOUT THE MOVIE? Well, I’d never wanna spoil it for you, but there’s a new girl character you should know about – her name is Rey, she’s played by Daisy Ridley and, safe to say, she will be your new fave. She is the coolest! She is unstoppable. She also rocks a rad looped ponytail that I’m going to teach you how to do so stay tuned…

ARE YOU EXCITED ABOUT STAR WARS: THE FORCE AWAKENS? Leave me a comment and tell me who your fave character is!

Xoxo Claire
UPDATE: Find out how to do Rey's hair from the movie in my hair tutorial on the Beauty Blog! Which Star of Star Wars Are You? Learn How To Code!