HI - Skylar LOL, huge fan, I hope u are known all over the world and make other famous people feel jealous! - Eee I love total girl!!!!🌷🦋🙀🍭🍬🍼 - Melina i just wanted to say KAZOO (and shout out to mouldy sardines broooooos #luv ur mags - Goofy Hi I hope you all have a great time reading and looking at the pictures of the total girl magazine- clare😎 -_- - Clare HIIIIIIIIII shout out to my besties!!!!!!!!!! <3 :3 - Val Your so cool I love your mags! ☺️ - Evie hi TG headquarters, My name is nevaeh wade I live in NZ can you please put in a section of chilling adventures of Sabrina and Olivia Rodrigo on the front cover that would mean the world to me - Nevaeh Love the mags! - Milla Shout out to my amazing parents who have been so supportive, my sister Azalea for always being her kind self, my bets friend Tiffany for always being there and for my cat and dog Jessie and Indie for being so cute!!! - TG reader Zoe-Rose Yasss, we chat with Miranda Cosgrove from iCarly!

Guess who's back? iCarly with a hilar NEW series!
Rosie Scott

The iconic character Carly Shay is back - nearly 10 years after the original Nickelodeon series ended. We caught up with star of the show Miranda Cosgrove (a.k.a Carly) who spilled everything you need to know to TG.

For the full interview and more grab a copy of the NEW Total Girl magazine, out now! Retail copies of the October issue come with a FREE Zoobles Animal Collectible.

Hey Miranda! How did you get back into playing your iconic character, Carly?

I watched a bunch of old episodes and it kind of surprised me because I don’t remember them all! I think because I was 13 when we started [the show] and we just did so many episodes so quickly, so it brought back so many memories. I know Jerry (who plays Spencer) and Nathan (who plays Freddie) watched a bunch of shows because we were all texting each other clips and making fun of each other because we kind of look dorky in some of the scenes.

There’s been so many celeb cameos in the past (including One Direction!). Who was your fave?

I really loved the episode with Emma Stone, because I am a huge fan of hers. The Jimmy Fallon episode was fun because we got to travel to New York and actually hangout with Jimmy Fallon; and Michelle Obama on the show – those were like the three craziest.

You were so young when the show first aired, how did you deal with growing up in the spotlight?

The thing that was probably the hardest, was the people that made comments online that were not nice. I would read them and be like, ‘How could I change their minds?’. It taught me that you have to love yourself and not worry about what everyone else thinks about you. It taught me that at an early stage and to not pay attention to stuff like that. Once you realise that, it kind of sets you free. 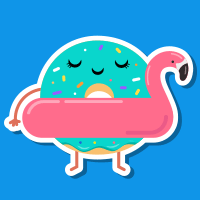