Shoutout to evangeline lilly and orlando bloom they made the best movies ever xx love lotr anyone else? lord of the rings is noice- avs - Ava Hi tg I wish the April issue is out but I still don’t have it :( - mischa I love ❤️ TG mag’s never stop being so AMAZING 🤩-Sarah - Sarah I love tg - Sophia Hi everyone - Jed Hi love the mags there awesome can u add Taylor swift in the July issue of Total Girl? - Eliana I 💗 total girl - Ngan To all the Girls in the World: UR SO AWESOME! :) :) :) - Kaitlyn Hi - Porsha bee you do you for you because everyone else is taken - asimina 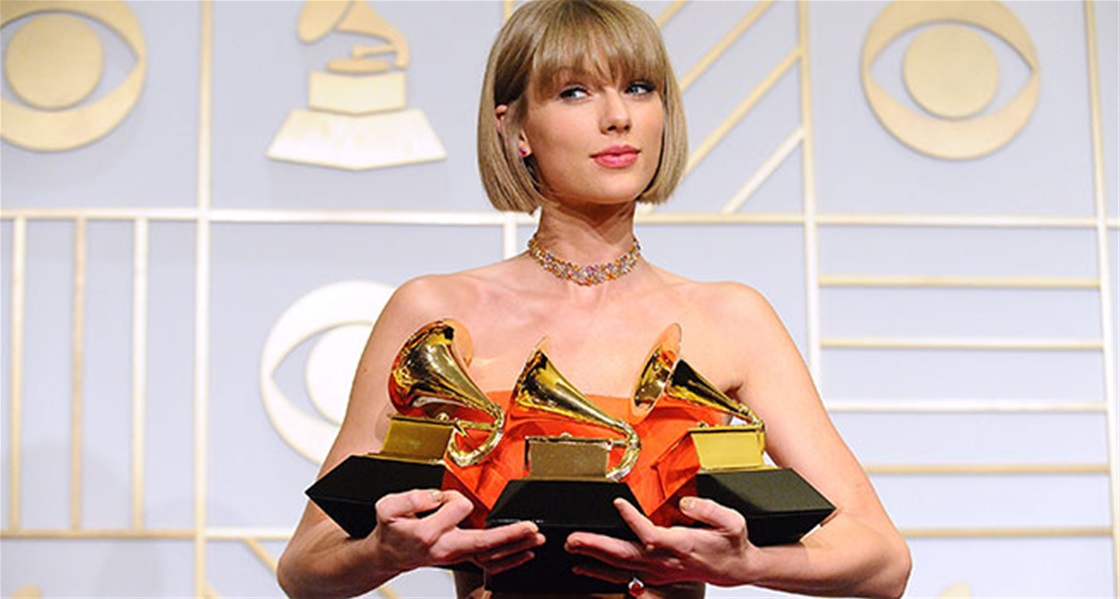 The Grammys are one of the BIGGEST awards ceremonies of the year – and it totally celebrates the best music! It’s a big honour to win a Grammy and Taylor Swift came home with not one, or two…but THREE Grammys! Yay Tay!

She took home the big prize for Album Of The Year for 1989, plus she also won the awards for Best Pop Vocal Album for 1989 and Best Music Video for “Bad Blood”.

When she accepted the awards she totes used the opportunity to encourage girls around the world to keep trying hard and know that they deserve all the recognition they get for their hard work.

We’re so proud of Tay! What was your fave song off 1989, TGs? Tell us in the comments below!

I Looooove Taylor Swift😊She is such an inspiring person, and she can sing so well! # fave singer😻I love all of her songs:-) GO TAY TAY

I hate the song Bad Blood but its a really cool, so i think the song deserves it. And so does Taylor.

I love Out of the Woods.

I love Out of the Woods.

Bad blood and blank space with a little 22